Join us for an intimate afternoon with Canadian folk music icon, James Gordon! 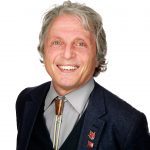 In his forty-year career as a solo singer-songwriter and with the ground-breaking trio Tamarack, James Gordon has released forty albums and toured relentlessly around the world. He has penned over 1500 songs (Frobisher Bay, Mining for Gold, Looking for Livingstone), some of which have been famously played by Cowboy Junkies, James Keelaghan, Miranda Mulholland, and international choirs. In addition to compositions for symphony orchestras, musical theatre, dance, and film scores, James was heard on CBC radio for over ten years as songwriter-in-residence for the Basic Black and Ontario Morning programs. James appears solo or with a trio, and is always happy to do a songwriting workshop in conjunction with his appearances.

“A remarkable Canadian performer. His body of work is truly original” – Penguin Eggs